Stories last forever. Only if you write them down. 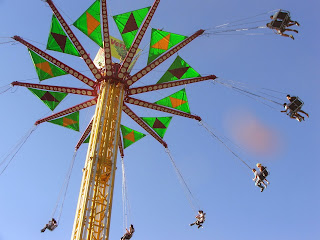 Mr. H, the father of a long time friend, prepared a delicious breakfast for us this morning. It’s a standing tradition that the adult children and grand children are welcome to come on Saturdays. Mr. H. was bringing out photo albums and telling us stories of the past. Some went to the living room after they’d gobbled down their food, while the rest of us stayed to converse with him.

At one point, while Mr. H was talking about something that happened in the 30’s, his son came back into the room. When he heard the discussion he turned around and said, “Call me back in when you get to the 70’s”. Everyone laughed. Apparently Mr. H tells his stories often and repeatedly. My friend and I talked afterwards about how others who’ve lost their parents wish they were still there to repeat the story one…more…time.

In the past couple of years I’ve made it my goal not only to be patient in hearing them but also to write them down for posterity. While my mom is still on this earth, I can talk to her to get every detail of the story written down as she recalls it. She has difficulty with her speech now and tires easily which means it’s slow going. A few things she’s written down for me.

My dad died of a massive heart attack just at the point where I was ready to ask him about his childhood, about his growing up years. I had a list of questions ready. He was a man of few words so he may not have volunteered much information. But I will never know.

Someone on Facebook just shared a post that said: “They say stories last forever. But that’s only if you write them down.”

There are stories that my maternal grandfather told years ago when I was in my teens that I wish I would have written down. I wish I had asked him many more questions. He felt that we would not want to hear the stories of an old fool but I loved his reminiscences. He’s been gone many years now but I still vividly recall the day he sat at the end of the picnic table in the park sharing his memories.

One of my mom’s brothers did a genealogy of both my grandfather and grandmother’s sides of the family going back to the generation that left Russia to come to Canada. These are thick volumes partially because the Mennonites had large families but also because many of those living today sent him a synopsis of themselves to put in print along with a photo. Thus we know the overview. But not the personal stories, the hardships and what was learned, the joys shared.

So,yes,we hear our parents tell their stories over and over. Those of us that are baby boomers are much more tolerant of this these days since we ourselves are becoming more repetitive in our own stories. Let them tell their stories. Encourage them. Write them down. Your children may be young, showing no interest at this point. One day they will want to know.

Stories last forever only if you write them down. I’m working on it! How about you?