Wedding plans being made in my presence for the past few months got me thinking of things that I’ve heard my parents speak of concerning their younger years in an Old Colony Mennonite setting. The following information was relayed to me by my mom.

On the Thursday prior to Velafnis, children from every home in the village were sent to the home of the bride with butter and milk. 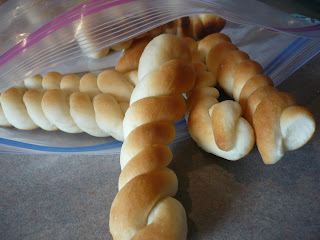 Friday morning all the single girls young and old arrived with kneading bowl in
hand to prepare the dough for ‘kringle’ (photo on right) and buns. After this, all but two of the girls went home. The two girls went around the village to deliver a portion of the dough to each home. This was then prepared, baked and the completed bread returned to the Velafnis site in the evening.

A big cauldron called a ‘Mieagropen’ (or ‘Mieagrope’ if you’re from ‘jant sied’) was used to cook the Plümemoos (cold plum soup). Also, after the men slaughtered the ‘Beest’…the beef was cooked and taken out of the broth to chill. It would be served cold at the Velafnis. The broth was then used to make a Mieagropen of Kommst Borscht.

On Saturday morning, two boys with hay box wagons and horses collected tables, benches and chairs from everyone in the village. The Velafnis home was cleared out to make room for their arrival. 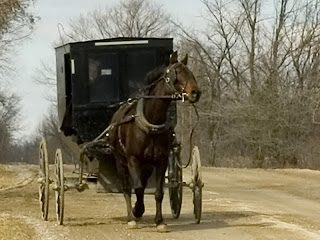 If the groom was from another village he was chauffeured to the Velafnis site in the morning. The whole village as well as relatives from far and wide arrived for the noon time meal by horse and buggy. Valet service was provided. Since not all the buggy's would fit on the yard, they were taken to other areas for the day and brought back when people were ready to leave.

Then the eating and socialization began. The older girls would serve tables, clearing and replacing dishes with clean ones. The younger girls washed them.

The young people congregated in the brootlied (bridal) room and parents socialized in the ‘Big Room’ ie. Living room. After the meal, the young people were invited into the room where the parents were. Two songs were sung from the old Gesang Buch (song book). After Faspa (mid –afternoon snack) was eaten there was another song from the Gesang Buch.

Only the jugend (young people) stayed for the evening meal. At one time the jugend would then go back into the bridal room where a Kuss Lied (kissing song) was sung as the couple kissed. This was no longer done when my parents were married because it caused a stir with church leadership.

On Sunday of that weekend the couple was ‘uptjeboaden’(banns of marriage).

The week between the Velafnis and Tjast meant that the engaged couple travelled to the homes of all the relatives and villagers to pick up gifts like a measure of material, tea set, or towels. It the relatives lived outside the village the couple may be served a meal as well. 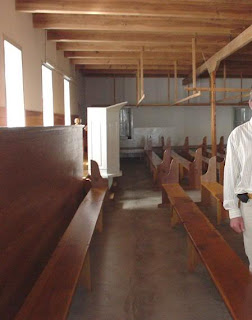 The tjast (wedding) followed the next Sunday’s church service. Immediately after the service, the congregation was invited to say while the couple, both dressed in black, sat in front of the podium for a brief ceremony. No rings. No fanfare.

The newlywed couple usually lived with the husband’s family initially, sometimes with the wife's family.

Monday was back to work as usual.

(You might also enjoy 'Sawdust, Knackzoot and Faspa')
Posted by Hellen