He Comes to Me Singing. 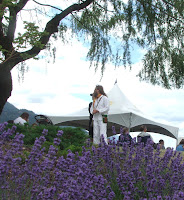 I first remember getting exactly the right song at the right time with words that ministered to me when I was a teenager. My friend Jeanette and I were out in a field, perhaps picking strawberries as a summer job. She and I were having a serious discussion about something. When I went to the ‘john’ aka ‘outhouse’ the LORD gave me a song that spoke directly to what the issue was. I recall talking to her about this as soon as I got back to my row. I was excited that I had heard from Him in this way.

Sometimes the song is asking a question, like when I went on a silent retreat a number of years ago. He sang Anne Murray’s, “Can I have this dance for the rest of my life, would you be my partner every night?” I won’t go into the details of how that set the tone for my retreat but it did.

This past week I awoke at least three nights with a song in my heart that was speaking precisely to the questions/thoughts in my heart at that moment. One song I really couldn’t remember the words to, just the concept. It was one that I was surprised to have in my head. So I journaled all my thoughts and afterwards I looked up the lyrics. It choked me up a little when I saw that the first two lines were almost verbatim what I had just expressed in my journal. And the refrain reminded my spirit of a change in focus.

There is another song that came one morning which has remained with me on a daily, hourly basis. God is teaching me to ask continually for more grace. So the song I’m singing daily is:

Aside from His Word, the Bible, is there a special way in which He speaks to you?